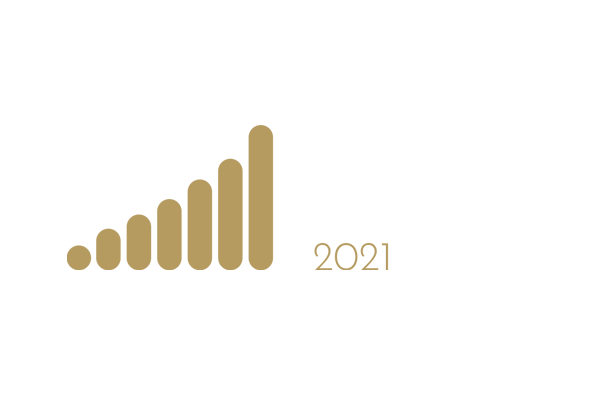 MOUNTAIN & MUSIC, WHICH IS YOUR FAVOURITE?

We are still working for the Andorra Mountain 2021. Soon you will be able to check the new dates and book your tickets for a unique experience!

Discover the voice that’s bringing the emotion to the first saturday of september. It's guaranteed to move you.

Her opera debut took place in 1993 in the United States, after winning various competitions, including the Metropolitan Opera National Council Auditions in New York and the Concours International de Voix d’Opera Plácido Domingo in Paris. This marked the beginning of what has since been a brilliant career, leading her to perform in major theatres around the world, including New York’s Metropolitan Opera House, Munich’s Bayerische Staatsoper, the Opera in Amsterdam, the Wiener Konzerthaus in Vienna, Moscow’s Bolshoi Theatre and many more. Her magnificent voice has given life to the main characters of well-known operas such as La Traviata, La Bohème, Rómeo et Juliette, Faust, La Rondine, Eugene Onegin, Turandot and Manon Lescaut.

She combines her opera performances with recitals and concerts conducted by some of the most renowned maestros, including Sir Neville Marriner, Christian Badea and Gianandrea Noseda. One of her most famous recitals was that in the White House, her debut in the Royal Opera House, Covent Garden, in London and the concert in Baalbek, Lebanon, the latter two both with Plácido Domingo.

In September, Ainhoa Arteta returns to Andorra la Vella to offer a new and vibrant recital.

She comes bursting with energy to present her new album Mes Excentricités Vol2 to all her fans.

Mónica Naranjo was the title of her first album, in which she appears on the cover with her already classic hairstyle in contrasting colours, with songs that were played over and over back in 1994. It has now been 25 years since that first album was released and after publishing 11 albums, Mónica Naranjo comes back to the stage with “Renaissance” and her best show yet.

A unique concert in which this singer will remind us of the biggest successes of her career on the big stage which includes a symphony orchestra, choir and her rock band, a show that is sure to thrill the whole audience.

Don Diablo is one of dance music’s perennially pioneering forces and is coming to us with a live concert in Andorra. Don’t miss it!

Don Diablo is one of dance music’s perennially pioneering forces. In 2019, he made the power move up to #6 on the coveted Top 100 by DJ Mag and was recently ranked the fifth best-selling artist of all time on Beatport.
Gucci Mane, Diplo, Emeli Sandé, Calum Scott, Ansel Elgort, Kelis, Alex Clare, Dragonette, A R I Z O N A and Tiësto have all jumped at the chance to collaborate with Don, including on his 2018 full-length, FUTURE, which has amassed over 250m streams.

Following hot on FUTURE’s heels, Don’s debut single for Casablanca Records, ‘BRAVE’ [feat. Jessie J] is perfect for the dancefloor and arena-ready. A packed global tour schedule sees him playing in excess of 150 live shows a year, taking to the main stage of renowned festivals Tomorrowland, EDC, Creamfields and Lollapalooza.

In August 2020, Don Diablo will be coming to us in Andorra with a live concert, don’t miss it!

You’ll dance till you drop to Beret's super catchy beats. You won’t want to miss out!

This artist from Sevilla is real expert in mixing Urban Pop and Reggae music. He has had the know-how to attract a digital audience, turning him into a viral phenomenon with more than one billion plays on digital platforms. His big success, the song “Lo Siento”, has been awarded the prize for the Best Spanish Song of the Year in Los 40 Music Awards. He is without a doubt one of Spain’s artists with the greatest projection at this time and he is coming to Andorra for the first time to thrill us with his music.

After a year of successes and recognition, the singer will present his Golden Record winning album, “Prisma” in Andorra.  The album features some fantastic collaborations with Pablo Alborán, Melendi, Vanesa Martín, Sofía Reyes and Sebastián Yatra. Released in October 2019, the album reached second place in the physical album charts in its first week and has already gained more than 15 million plays on digital platforms since its release. A concert to remember!

After thirty years in the music industry, Texas is coming to Andorra to celebrate its greatest hits with a live concert.

The band was formed in Glasgow, Scotland in 1987 by singer Sharleen Spiteri and bassist Johnny McElhone, who took the name from the classic Wim Wenders film “Paris, Texas”. They saw international success with their simple debut “I Don't Want A Lover” in 1989, from the critically acclaimed album “Southside”. Since then, the Scottish group has been putting out constant hits like “Halo”, “Black Eyed Boy”, “Say What You Want”, “In Our Lifetime” and “Summer Son”, selling more than 40 million records worldwide over its thirty-year career. Texas released its ninth studio album “Jump on Board” in 2017 to great critical and commercial success, debuting in the Top 10 of most European countries.

The concert in Andorra will showcase all their greatest hits and fan favourites.

Bob Sinclar will have you bouncing and dancing non-stop to the beat of the French Touch in a concert you’ll never forget.

A global number 1 featuring on countless compilation records and played by radio stations in every country and every continent around the world. His hits 'World Hold On’ and ‘Love Generation', as well as his album ‘In the House’, produced by Defected, have lit up dance floors across the globe.

With a huge production team behind him, Bob Sinclair has easily built a reputation as one of the most talented DJs on the planet. Now he’s coming to Andorra to present his new album, featuring a surprising collaboration. A resounding, euphoric session awaits, in which he’ll make the audience vibrate with his ability to mix voices, instrumentals and beats - a legendary concert!

Did you purchased tickets for a postponed concert? Ticketmaster will contact you shortly to inform you about the change of date (except for the concert of Aihnoa Arteta, which is still on sale). If you still have questions, you can contact Ticketmaster Customer Service.

If your tickets are included in an accommodation package, they will not be valid for any other concert. We advise you to contact the accommodation or travel agency to request a refund for the tickets, in accordance with the initial purchase terms and conditions.

ANY MORE QUESTIONS?
HOW TO GET THERE